David Dinkins: The Right Mayor at the Wrong Time 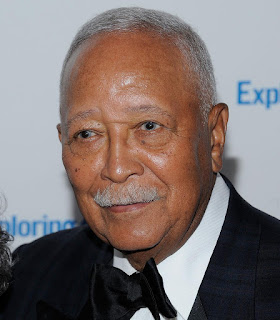 David Dinkins was the right man at the wrong time.

Dinkins became New York City’s first — and, to this day, only — Black mayor in 1990. It was nearly the end of what might be called “The Long Crisis,” which the city endured from roughly 1966 to 1991, a quarter century in which New York was tormented by crime, drugs, riots, racial division, deindustrialization, declining population and the AIDS epidemic.

What Dinkins offered was calm and reconciliation. What people wanted was decisive action that reflected their own anger and frustration. Where he should have gone more Fiorello La Guardia, Dinkins went, well, Dinkins.

He could hardly do otherwise. Dinkins came up through Harlem’s George Washington Carver Democratic Club, founded when African American Democrats were frozen out of the Tammany Hall machine. The reaction of Dinkins and his fellow Carver graduates was not to get mad but to get power. Along with Basil Paterson, Percy Sutton and Charlie Rangel, Dinkins became one of Harlem’s “Gang of Four,” political pros who stayed cool while the city was blowing up.

Theirs was a long march. Dinkins worked his way up from the state assembly, through a stint as city clerk, to a term as Manhattan borough president — a seat he won on his third try for the office. He was an underdog in 1989, when he challenged Ed Koch, who was then trying for his fourth term as mayor.

But things were reaching a breaking point in New York. Crack had set off another crime wave, while every year the city’s story seemed to be written in a new tabloid horror headline: the murders of Willie Turks, Michael Griffith and Yusef Hawkins, when they set foot in white neighborhoods in Brooklyn; Bernie Goetz, the subway vigilante; the slashing of model Marla Hanson’s face; the “Preppy Murder” of Jennifer Levin; and finally the rape and near-fatal beating of “the Central Park jogger” by what the police told us — falsely — was a pack of marauding Black youths.

Dinkins upset Koch in the Democratic primary, then narrowly defeated Rudy Giuliani in the general election. He pledged to be “the mayor of all the people” in what he had come to call this “gorgeous mosaic” of a city, “the greatest city of a great nation, to which my ancestors were brought, chained and whipped, in the hold of a slave ship.”

When city murders hit an all-time high in his first year in office, Dinkins made Ray Kelly police commissioner, and prevailed upon the state Legislature for the money to hire 6,000 more cops — and to keep schools open into the evening, giving tens of thousands of teenagers something to do. The moves worked. Over the course of Dinkins’ term, crime dropped in nearly all major categories in New York, reversing a 30-year trend. Murders fell by 13.7 percent; robberies, 14.6 percent; burglaries, 17.6 percent; auto thefts, 23.8 percent.

Working with Governor Mario Cuomo, Dinkins put the planned transformation of Times Square into motion; rebuilt thousands of units of new housing in the South Bronx, Harlem and Brooklyn; and reduced the number of homeless New Yorkers to their lowest total in 20 years — and less than half the number today. He even got the “squeegee men,” whom Giuliani made an example of in two campaigns, off the street. Where other mayors flung billions of dollars at sports teams to ensure that they stayed in a city they never had any intention of leaving, the Dinkins administration worked out a deal to start the U.S. National Tennis Center in Flushing — which no less than Michael Bloomberg would call “the only good athletic sports stadium deal not just in New York but in the country.” Most of Dinkins’ term coincided with a national recession, but by the end of his time in office New York’s economy had begun to grow again.

There were mistakes. Dinkins, trying to avoid a greater conflagration, was castigated for not moving fast enough or hard enough to stop the awful anti-Semitic Crown Heights riot in August 1991. He was considered too gentle, too passive. New Yorkers wanted a brash, in-your-face mayor to battle their city’s entrenched dysfunction.

But that wasn’t all there was to it. There was a level of racist antagonism directed against Dinkins that we would find staggering today — that many of us found staggering at the time. The mayor was ridiculed for his love of tennis and his frequent appearances in tennis whites — as if he had no right to such apparel. When comedian Jackie Mason, a Giuliani pal, dismissed Dinkins as “a fancy schvartze with a moustache,” Mason’s friends rushed to pretend that schvartze wasn’t the slur it is, and that Mason wasn’t the racist he was.

In the fall of 1992, Giuliani kicked off his second campaign for mayor by egging on a frightening, drunken riot by thousands of cops at City Hall with a profanity-laced rant, while they cheered, yelled racist epithets, vandalized passing cars, insulted City Council members to their faces and held up obscene signs calling Dinkins a washroom attendant, among other things.

Somehow, this sort of public disorder proved acceptable to many white voters. So was the notion, drilling down to the very deepest, most putrid places in American racism, that African Americans are imitation people, that they have no business enjoying any of the perks of civilized life, or holding any position of authority. For some New Yorkers, the idea that things could actually get better under a person of color still could not be believed.

The careers of Dinkins and Giuliani, inextricably linked, would presage so much of our national politics to come.

In his second contest against Dinkins, Giuliani won a narrow victory. The reasons varied. Crime was not dropping fast enough, Staten Islanders were lured to the polls by a secession amendment on the ballot, people were not over what had happened in Crown Heights. But, above all, New Yorkers wanted someone to go all Howard Beale on their city — to shout from the rooftops that they were mad as hell, and weren’t going to take it anymore. The man who embodied that anger was Giuliani.

When things continued to get better in New York over the coming years, Rudy was reelected in a landslide, winning some of the most liberal precincts in the city. It turned out that to many New Yorkers, a falling crime rate under Dinkins was not really a falling crime rate — until Giuliani. A growing economy under Dinkins was not really a growing economy — just as it was not under President Barack Obama.

Most white New Yorkers would not see Giuliani for what he was until he rubbed up against the tarnishing stone that is Donald Trump. Some don’t see it even now. Dinkins, on the other hand, displayed the same, quiet dignity in his years after his mayoralty that he had in City Hall, serving on the boards of charitable foundations, staying involved in politics — even getting arrested while protesting the police killing of Amadou Diallo. Dinkins’ death this year, at age 93, evoked all sorts of encomia describing him as a class act who deserved better from us. We would have all been better off appreciating that in his time.