David Dinkins’ enduring lesson: He understood that the city is an interconnected ecosystem 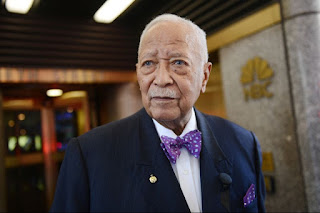 David Dinkins’ enduring lesson: He understood that the city is an interconnected ecosystem

David Dinkins is rightly remembered for being a healer in a period when New York City was riven by crime and racial strife. Less appreciated, but arguably even more important, is the role he played in pulling the city’s economy back from the brink in the wake of the stock market crash of 1987.

A large part of the city’s corporate tax base, most significantly its franchise industry — financial services — was threatening to leave the city, for the Sun Belt or suburbia. Several leading corporations had already left during the Koch era.

Less than a year into Dinkins mayoralty, Morgan Stanley, the bluest of blue-chip investment banks in those days, took an option to buy a new headquarters site in Stamford, Conn., and started seeking zoning and other approvals to build there. If Morgan Stanley left, it was widely believed that the rest of Wall Street would soon follow.

In early 1992, Morgan Stanley senior executives informed City Hall that “the train has left the station.” Even given the unreliability of Metro-North in those days, the seeming finality of the message created something close to panic.

Dinkins immediately asked me to organize, along with the New York City Partnership, what can only be described as an “intervention”: a broad cross-section of the political, civic, community, business, cultural and religious leadership of the city confronted the chairman of Morgan Stanley, Richard Fisher, at the Rainbow Room, atop Rockefeller Center.

As Dinkins noted in his memoirs, Cardinal John O’Connor gave a “benediction,” which could have been perceived as an ecclesiastical warning. Timothy Healy, then the head of the New York Public Library, spoke poetically about the many funerals held over the centuries for New York City, despite the consistent absence of a corpse.

Sen. Daniel Patrick Moynihan, along with Rep. Charles Rangel, administered the coup d’ grace: “I’m the chairman of the Senate Finance Committee,” Moynihan said. “My colleague, Mr. Rangel, is the ranking member of the House Ways and Means Committee. If you leave New York, you die.”

Fisher blanched. Two days later, the same Morgan Stanley executives who said the move to Stamford was a done deal came back to negotiate. Their only plea: “Keep Cardinal O’Connor far, far away from us.” Morgan Stanley not only stayed in New York, but bought two buildings in Times Square, where its headquarters remain to this day.

Since then, New York City has faced three more major economic crises: 9/11, the 2008 global meltdown and, now, the coronavirus pandemic. Each one raised serious questions about the city’s future and each one has called for somewhat different responses.

The strategy of negotiating retention deals to keep major companies here — prevalent in the Koch, Dinkins and Giuliani administrations — has been largely replaced in the Bloomberg and de Blasio administrations by a recognition that “talent attracts business” more than business attracts talent.

That this emphasis on incubating and focusing on New York City’s talent is the right approach for these times is clear. Even during the pandemic, tech firms like Facebook, Amazon and Google are gobbling up commercial space in the city to house the thousands of talented local residents they anticipate hiring.

This competitive advantage, however, is not a given. We’re seeing a net population decline that started before the coronavirus and has accelerated since then. The pandemic and technology have loosened the bond between where people live and where they work.

We must double down on the very factors that attract, grow and keep talented people here. These include housing that is more affordable; more sophisticated job training for our homegrown workforce; support for our pre-eminent global and neighborhood cultural institutions; and full appreciation that the racial and ethnic diversity in our neighborhoods is our unique asset.

But in order to fully recover from this devastating pandemic, we must bear in mind the more profound lesson of Dinkins’ success with Morgan Stanley: we must bring New Yorkers from many different constituencies and walks of life and income levels together, to work in harmony for the city’s future.

For him, the “gorgeous mosaic” was not a feel-good concept. And he didn’t mean it just to apply to people. It was also applicable to the diversity of our businesses, cultural institutions, our ideas and, yes, even our politics.

I prefer to think that Morgan Stanley’s ultimate decision to stay was not driven by the fear of retribution, but rather by its recognition of the power derived from the diversity, culture, creativity, talent and indomitable spirit of New York.

If all parts of the “gorgeous mosaic,” as Mayor Dinkins called us, work together, the city may stumble, but it will never die.

Weisbrod was president of the city’s Economic Development Corp. for Dinkins and chairman of the City Planning Commission for Mayor de Blasio. He is currently a senior advisor at HR&A Advisors, Inc.