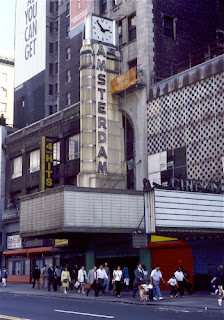 A recent article on Curbed New York by Amir Khafagy about the demise of the peep show businesses on 42nd Street highlights again the transformation of the Time Square area that was jump started by Mayor Dinkins. Here is an excerpt:

“Many people claimed that adult video stores depressed real estate,” says [Attorney Erica] Dubno. “But the truth is that real estate values have shot up in the area around Show World, and as a consequence the market factors are putting pressure on adult business.”

That’s largely thanks to Disney. During the waning days of Mayor David Dinkins’s administration, the city was able to negotiate a deal with the Mouse House that many credit with ushering in a new wave of development. In 1993, the company agreed to renovate and lease the New Amsterdam Theater, which had once been one of Times Square’s grandest theaters—it opened in 1903 and was the longtime home of the Ziegfeld Follies—but had gradually become a run-down dump. Disney’s investment was just $8 million, but it ended up paying off many times over—both for the company (the musical version of The Lion King, which occupied the theater from 1997 to 2006, has made more than $1 billion), and for the city. 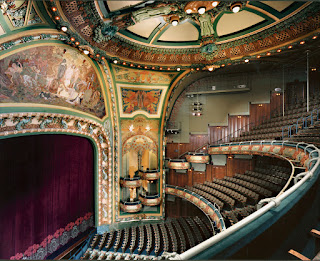 An essay on PBS.org called the Resurrection of 42nd Street by Lawrence Maslon noted that previous efforts starting in the 1970's had failed to move the redevelopment of Times Square until Mayor Dinkins:

None of these maneuvers helped 42nd Street itself. By 1990, however, under the new administration of David Dinkins, an organization called the New 42 was constituted to try to resurrect the street one more time. The New 42 put its energy into remaking the area into a center for legitimate theater, something it hadn’t been since before the depression. The Victory Theater, now an abandoned wreck, had begun life in 1900 as the Theatre Republic, eventually turning into both a burlesque house and, later, a porn theater. The New 42 wanted to transform it into — of all things — a theater for young audiences. As plans for that began in 1992, focus turned to the New Amsterdam at the corner of 42nd Street and Seventh Avenue, Ziegfeld’s grand aerie. Defunct as a legitimate theater since 1937, the New Amsterdam too had suffered the depredations of decay, neglect, and specious tenants.

The New Amsterdam had been dangled in front of developers and producers for years by the city, but no one had the courage to seal the deal. But after the success of the stage version of “Beauty and the Beast” in 1992, the CEO of the Walt Disney Company, Michael Eisner, was intrigued at the possibility of finding a theatrical venue that Disney could own, rather than relying on renting from other theater owners. A chance meeting on an airplane with New 42 chairperson Marian Heiskell convinced Eisner to take a look at the ruins of Ziegfeld’s temple for himself.